City of Demons is an animated film (taken from the CW free animated series with added content) following an adventure directed by Doug Murphy featuring John Constantine (Matt Ryan) trying to save his best friend, Chas (Damian O'Hare), little girl who has slipped into a coma following a demon taking hostage of her soul. City of demons is the second animated film released that stars Constantine, which is set in the same universe as Justice League Dark. City of Demons is a chair

INTRODUCTION Welcome to my reviews for the Plantronics RIG 800LX and RIG 500PRO for Xbox One. Let’s me start by giving you some background regarding this review. For quite some time now I have been a solid proponent that the Astra A50's Gen 3 is in my opinion the best headset on the market. When someone asks the question in KGK as to what headset should they should choose, the majority of the answers supplied are all in reference to Astro A50's, then Astro A40's and then turt

Weekly Tech Deals. This is the start of our new weekly article where we find the best UK tech deals for the week. Hopefully one of these deals catches your eye, if not check back next week. I have found some pretty good deals this week, so let’s start off with a micro SD card. 128GB Samsung Evo Plus Micro SD - £27.83 - Amazon This micro SD card has a read speed up to 100 MB/s and a write of 90M MB/s and with its large storage it would be great a phone or a Nintendo Switch. T 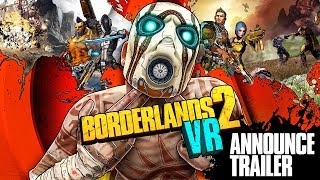 Soon you can shoot psycho’s in VR. 2K and Gearbox have just announced Borderlands 2 VR for PlayStation VR. I cannot find information about the game releasing for other VR platforms however it is something I would like to see. If you haven’t played Borderlands, it is a unique first-person RPG with an amazing story and loot system with over 17,750,000 different variants of weapons in borderlands 1 and an unknown amount in borderlands 2. Borderlands 2 VR seems to have “teleport” 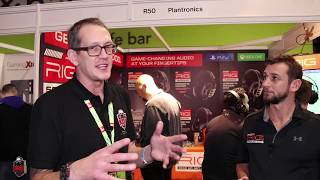 We chat with the folks from Shadow, Plantronics UK and Corsair at EGX 2018. Take a listen to hear all about Cloud Gaming, the Plantronics RiG 800lx Headset and Corsair's acquisition on Elgato Gaming.
1
2