Coming to Xbox One and PlayStation 4 along with a huge free update for PC gamers on February 21st, is Rad Rodgers, bringing with it the 90’s era of platform gaming which is inspired by Commander Keen, Conker and more. Rad Rodgers is being developed by Slipgate Studios and published by THQNordic, and will be priced at £16.99/$19.99 for both Xbox One and PlayStation 4 upon release. The update that PC gamers will be getting for free is already a part of the console release. Upda 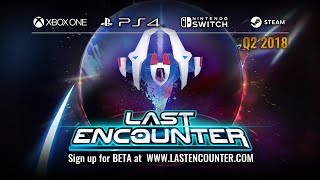 Arriving in Q2 of 2018, is Last Encounter from Exordium Games. Last Encounter is a rogue-like twin stick shooter featuring extensive weapon customisation that allows you to blast away the bad guys with a vast array of weaponry. Vibrant, dangerous and unexplored galaxies await you as you fight to ensure the survival of humanity. Fully upgrade-able ships, that feature unique and distinct abilities, not to mention bullet types and firing patterns as you and up to 3 friends face 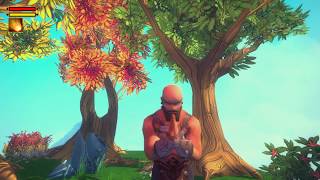 Coming to Xbox One, Playstation 4 and Nintendo Switch in early 2019, is The Forbidden Arts from Stingbot Games. Once it's released from Steam Early Access that is. The Forbidden Arts releases on Steam Early Access February 8th 2018 Putting you in the role of Phoenix, who meets with a Druid to discover more about his visions, she awakens the Pyromancer abilities in Phoenix and tasks him with battling a Necromancer. Offering a diverse range of spells to overcome the quests that 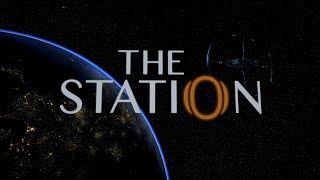 Coming to Xbox One in 20th February is a Sci-Fi mystery named, The Station. Developed by talent that has previously worked on; Bioshock Infinite, League of Legwnds and Kingdoms of Amalur. No doubt that The Station will see some love and attention given the quality of titles between them. The Station is set in the distant future, where an alien race has been discovered on a faraway planet. The crew of a cloaked space station has been tasked with observing these aliens, when th