SpellForce is your classic real-time strategy and role-playing series that has been around since 2003. The series is set in a fantasy world called Eo ruled over by near-immortal mages and include various other races including humans, orcs, elves, dark elves, dwarves and trolls. Like most RPG and RTS games SpellForce offers complex skill trees to progress through as you level your heroes and get to choose a combination of many skill tree paths to unlock your skills and abiliti

Hello Neighbor is one of them games that is a rarity for me, in that it got me hyped for its release on console. Quickly becoming a hit with streamers and YouTube video creators, I did try to avoid it as often as I could manage, as to avoid spoilers for my own personal journey when I got my hands on it. For those of you unaware, or not in the know of the games premise, the game centers around you, a mute protagonist who witnesses something sinister in his neighbors house acro

Finnish developer, and Kinect enthusiasts, Virtual Air Guitar Company, have held the Xbox peripheral in high regard, churning out some quality titles while many others, both gamers and developers alike have cast it aside and mostly forgotten about it. I naturally still have mine, and have played most Kinect games for Xbox One. Now, they’ve completed the trilogy for Boom Ball, with the aptly named Boom Ball 3. Is it more of the same, or does it do anything new to rejuvenate th 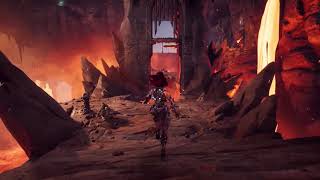 Highly popular hack and slash series Darksiders is now getting a third entry in the series, with Darkaiders III available for pre-order on PC, Xbox One and PlayStation 4. In Darksiders III, you will assume control of Fury, instructed by the Charred Council to battle from heaven, down to the pits of hell, as Earth is now overrun by the seven deadly sins and the corrupted creatures that serve them, intending to restore balance of good and evil. While proving that Fury is indeed 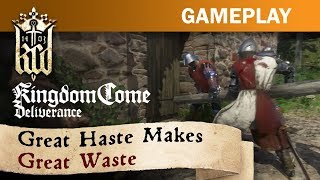 A new video for Warhorse Studio’s upcoming Medieval RPG, Kingdom Come: Deliverance has been released, and this time we’re going to be looking at combat and a bit of stealth, as you enter a bandit camp. Do you approach the situation under cover of darkness with stealth and cunning? Or do you prefer the idea of testing your mettle with charging in, sword drawn, to wipe them out instead? Whatever you’re preference, these options are available to you whenever you happen upon thes
1
2345